ISN’T IT TIME YOU TRIED A NEW YEAR’S RESOLUTION THAT LASTS…FOR GENERATIONS?

It’s a new year, and therefore a time for some new year’s resolutions! At Absolute Chiropractic, we have many practice members who come in with the belief that they are “stuck” in their current state of health. 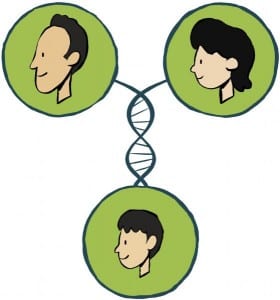 They often feel that there is nothing that can be done for certain health concerns because they “run in the family.” Luckily, one of the greatest scientific advances of the 21st century has involved our understanding of human genetics! As we begin to understand how the code, written in even our tiniest of cells, influences every fabric of our being and is transmitted from generation to generation, never before have we had such an opportunity to not only be proactive in our fight against disease, disorders, and syndromes, but to also enhance our human potential. But do our genes truly predestine us to a life of sickness and disease versus a life of health and vitality? If we really can “change” our genes, can chiropractic help?

The debate of “nature vs nurture,” or whether it is our genes or our environment that most impacts our destiny, has raged on for almost 150 years since Francis Galton, scientist and cousin of Charles Darwin, originally coined the term in 1869. While most scientists agree that our future is determined by a healthy mix of both nature and nurture , the field of epigenetics may give us insight into how our genes and our environment work together on a molecular level to shape our future. In order to get a better understanding of how this works, let’s go over some basics about how our genes work. 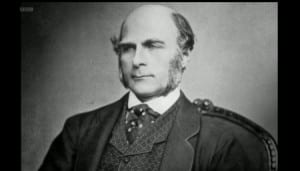 Each of our 100 trillion cells in the human body (except red blood cells) contains the entirety of our genome, or genetic sequence. That means that there is enough DNA in one fingernail cell to run every process in the human body! This information is all coded throughout three billion base pairs – the building blocks of DNA – which are packaged into 23 pairs of chromosomes. A gene is a specific section of that DNA and holds the recipe for making a number of molecules, usually a protein. These proteins not only build our strong muscle, but also influence immunity, create proper structure, build enzymes, neurotransmitters, and hormones, and help make energy in our body.

While these genes may be our ‘written code,’ our body has a process of “epigenetic control” by which it chooses which genes to express and which not to express. (Epi = above, genetic = genes) These epigenetic processes allow our body to turn certain genes “on or off.” This is why many genes relate to a susceptibility of a certain disease (i.e. the BRCA1 gene and breast cancer) but don’t actually guarantee a person will develop the disease. Where this process becomes truly interesting is that these epigenetic processes are largely associated with and altered by lifestyle choices and life experiences such as chiropractic care, nutrition, behavior, stress, physical activity, working habits, smoking, and alcohol consumption. 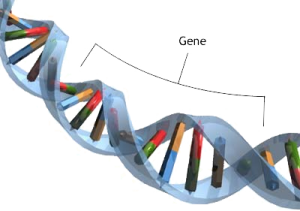 This environmental influence on epigenetics is so strong, in fact, that recent evidence demonstrates that these changes can be passed from generation to generation. A recent study at Mount Sinai hospital compared the genes of Jewish men and women who witnessed or experienced torture during the holocaust and the genes of their children. What they found was astonishing: not only did the men and women who survived the holocaust have significant epigenetic changes, but the epigenetic changes, which had all occurred  pre-conception, were transmitted a generation: those changes were present in the children as though they experienced the trauma themselves!

If the effects of negative stress and experience can be transmitted generationally, imagine the possibilities when we consider how positive epigenetic changes can be transmitted. Lifestyle factors such as a good diet, proper exercise, and regular chiropractic care for the correction of vertebral subluxation and optimal expression of the nervous system can not only change our health but our children and grandchildrens’ health. In fact, chiropractic care not only helps a person appropriately adapt to both positive and negative stresses (the same that would cause positive or negative epigenetic changes) but the care itself can influence the processes in the body that affect DNA damage and repair!

It is time to stand up and create a community that embraces the culture of promoting health and optimal expression of our potential rather than simply fighting off sickness.

We deserve a world that encourages each of us to function at our best rather avoiding functioning at our worst.

Our children deserve that.

Our future generations deserve that.

We hope you’ll join us.

NO BETTER WAY TO START THE DAY THAN WITH AN OPTIMALLY FUNCTIONING NERVOUS SYSTEM! IF YOU WANT TO GET YOURS CHECKED CHECK OUT GETABSOLUTEHEALTH.COM/WE-CAN-HELP

GETTING ADJUSTED FOR THE HEALTH OF IT! THIS GUY HAS BEEN GETTING CHECKED IN OUR OFFICE FOR OVER A YEAR NOW! WHY? SURE, HE HAD A SYMPTOM OR TWO WHEN HE WALKED IN THE DOOR…. BUT NOW — HE COMES …

NEW CAR SEAT HACK EVERY MOM AND DAD SHOULD KNOW. PROTECT THE PARENTS! — TO LEARN MORE ABOUT HOW WE CAN HELP FAMILY HEALTH NATURALLY CHECK OUT GETABSOLUTEHEALTH.COM/WE-CAN-HELP